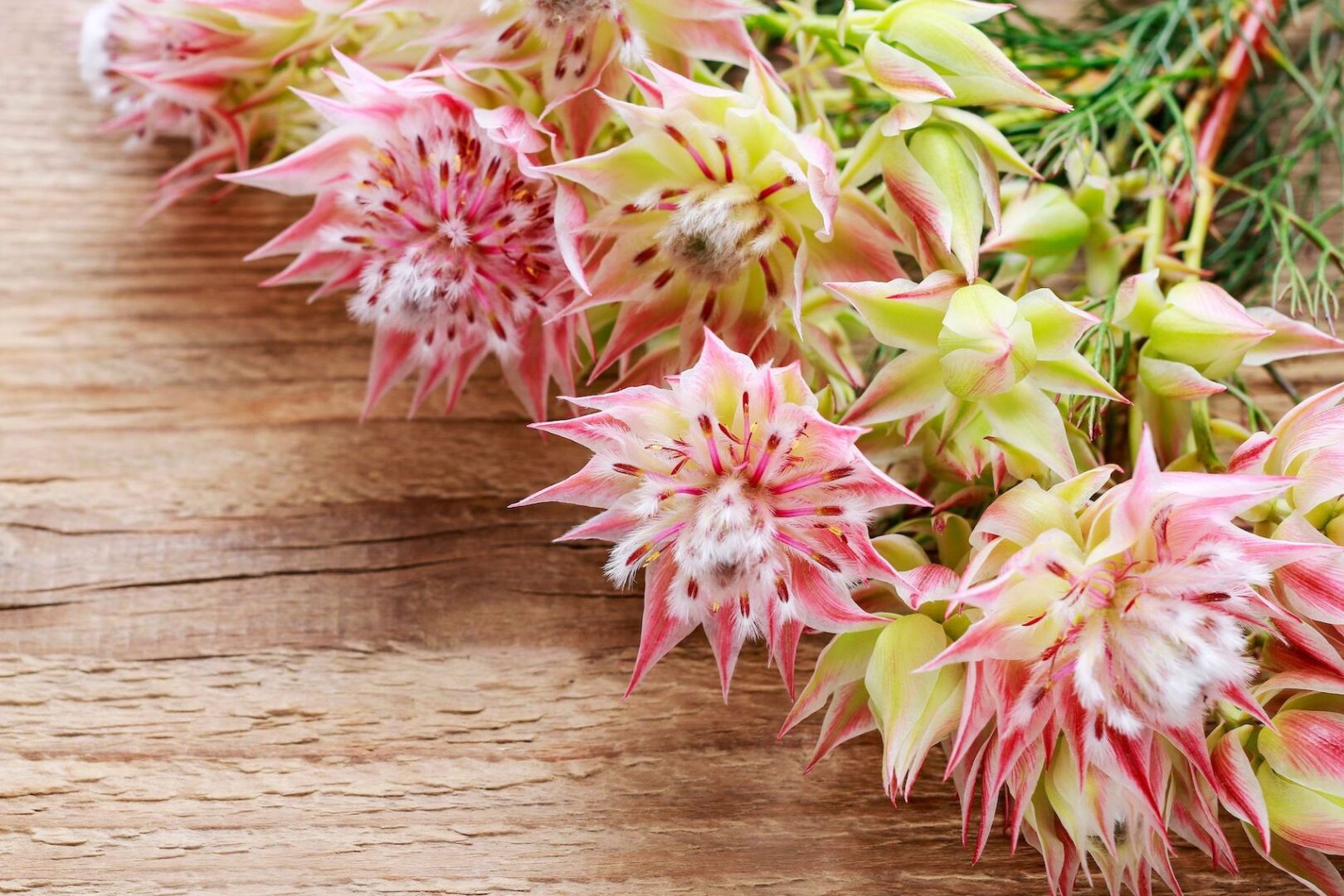 Blushing bride is a member of the protea family native to South Africa. Unlike the varieties of protea you may be familiar with, blushing bride is delicate and small in size. It produces flowers in creamy white or pink which appear as textural feathery tufts. Often overlooked, we think this beautiful and distinctive bloom deserves it’s time in the spotlight!

The name, blushing bride, is derived from folklore. One story said that a young man would offer the flower to his love. The deeper the shade of pink the more imminent the proposal causing his bride-to-be to blush. Another story states that it was custom for a young man to wear a blushing bride flower on his lapel when he was about to propose. The deeper the pink of the flower the deeper his affection for his lady, again resulting in a blushing bride-to-be. Other ideas regarding origins of the name suggest the flower became a popular inclusion in bridal bouquets in South Africa or that the flower itself resembles a bridal gown when turned upside down.

How to Care for Blushing Bride

Choose blushing bride when about half the flowers are open and avoid bunches with drooping flowers. Strip leaves from the lower half of the stem before cutting approximately 1cm off the ends of the stems on an angle and immediately plunge into cool water. Recut the stems and change the water every two days.

How to Style Blushing Bride

We love to include blushing bride flowers in small posies and bridal bouquets as the form and papery texture of the flower contrasts significantly from other flowers of it’s size. This results in a posy of depth and varying textures. A small bunch of blushing bride is also lovely styled solo in a petite vase of a bedside table or side table.

Welcome to our beautiful store, where style, abundance and quality are synonymous with Victoria Whitelaw Beautiful Flowers.