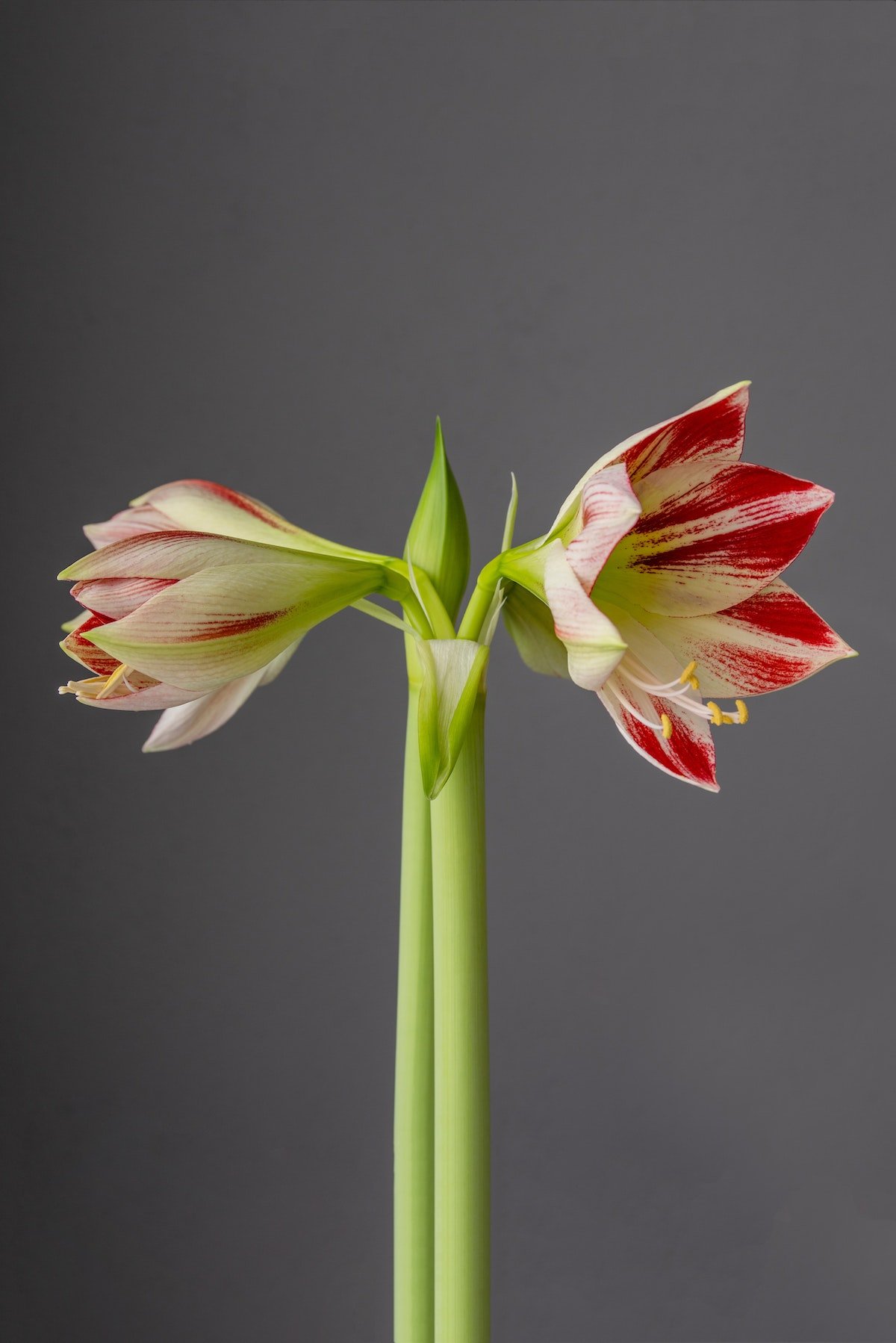 By V WhitelawNovember 25th, 2021No Comments

Just in time for Christmas we are focussing on a festive favourite of ours! Hippeastrum are a stunning sculptural bloom with multiple large trumpet shaped flowers on a fat hollow stem. The beautiful blooms are available in rich red and crisp white, perfect for festive arrangements. They also can be found in stunning peach and pink hues and there are even varieties with striped petals. Hippies, as they’re affectionally called, can be found in single-petalled varieties as well as breathtaking double petalled blooms.

The word hippeastrum is latin for ‘horseman’s star’ and was chosen by Reverand William Herbert in 1837. It is not known why this name was chosen other than the petals of the open flowers resembling a star.

Hippeastrum originate from tropical south and central America and is thought to have originated in Brazil. They are a very popular flower at Christmastime and the bulbs are forced into flower in Europe during the cold winter months to keep up with demand. Here in Australia they are a summertime bloom coordinating well with our holiday season.

Due to their height and sturdiness, hippeastrum flowers are a symbol of determination and strength according to the Victorians. The also represent beauty and love. Certain species of hippeastrum are high in alkaloids which are beneficial in creating medicines to aid depression, seizures and anxiety.

Hippeastrum are often confused with amaryllis, and amaryllis is often used as the common name for hippeastrum. Confusingly, they were previously part of the same genus, however the genus amaryllis was separated from the genus hippeastrum in the early nineteenth century. The genus amaryllis still exists today with the most common species being naked lady or belladonna lilies which are a fragrant pale pink flower with smaller, thinner stems as opposed to the hollow stem of the hippeastrum.

How to care for hippeastrum

Buy delphinium when the flowers are just starting to open, and the buds are showing colour. Avoid stems which are crushed or have rolled ends. Trim a couple of centimetres off the end of the stems and immediately plunge into a tall vase of fresh cool water. Be sure to use very sharp scissors as to not damage the hollow stem and style in a tall vase to support the stem.

Trim the stems, clean the vase, and change the water every couple of days. Keep hippeastrum in a cool environment away from the summer heat and direct sunlight but also clear of drafty air conditioning vents. If the ends of the stems appear curled, cut off the end and plunge into a fresh vase of water.

How to style hippeastrum

Make the most of the hippeastrum’s structural style and place en masse in a tall clear glass vase which will show off their chunky stems. We love to include red or white hippeastrum in festive bouquets and table centrepieces due to their popularity at Christmas. The gorgeous red and white striped variety also makes a stunning Christmas floral gift whether it be cut flowers or a planted bulb. 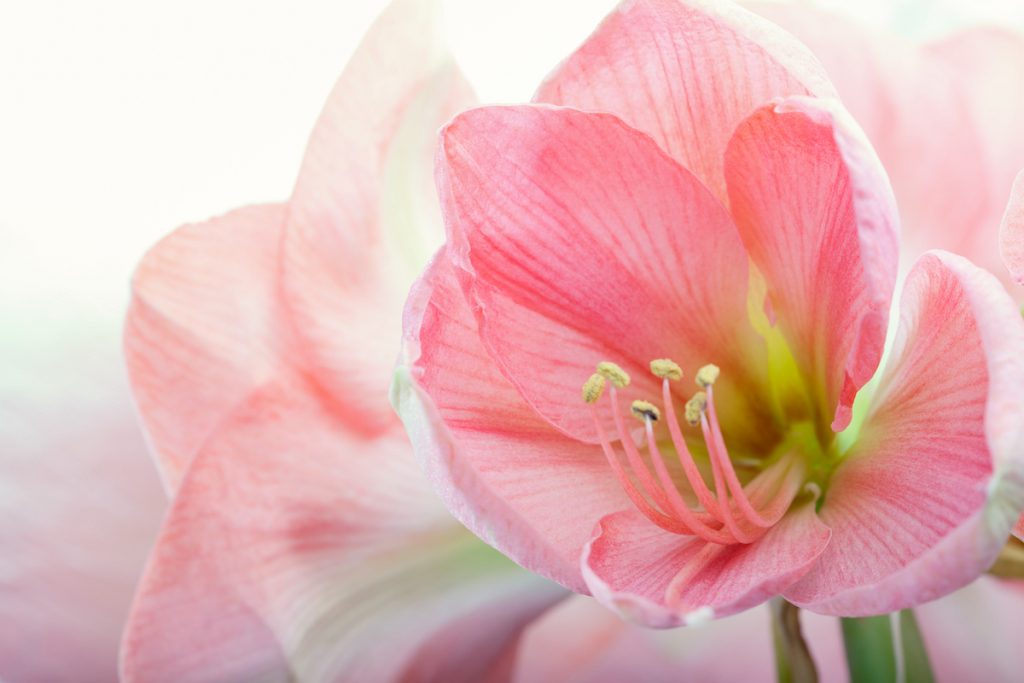 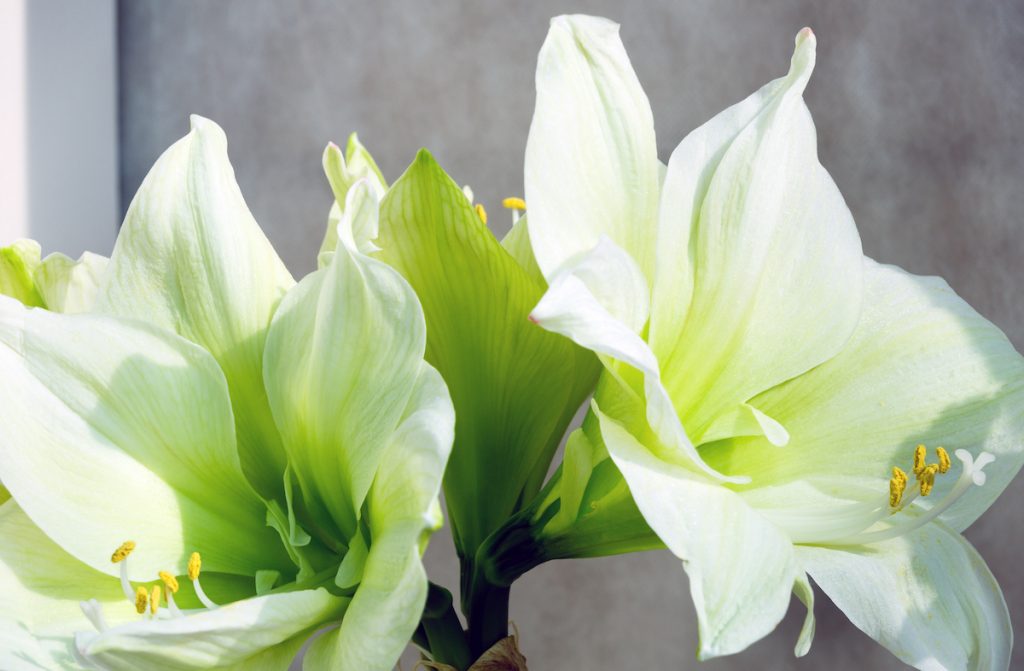 Welcome to our beautiful store, where style, abundance and quality are synonymous with Victoria Whitelaw Beautiful Flowers.